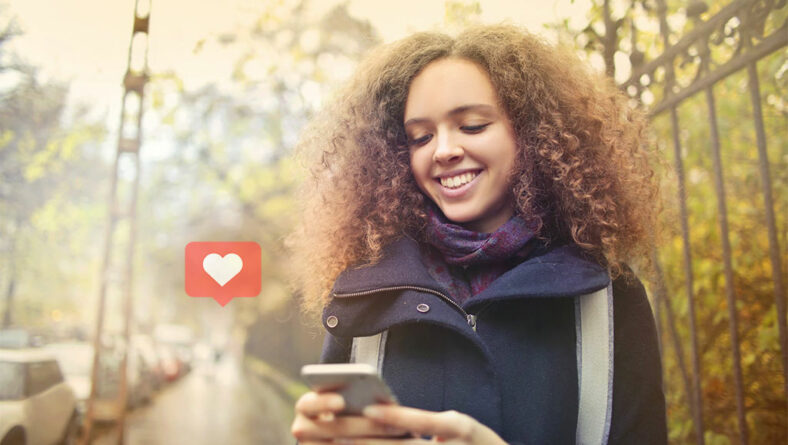 Here’s an A-Z glossary of the most common social media terms and definitions.

AddThis – AddThis code can be added to your site to allow users to bookmark and share your content.

Aggregator – a Web-based tool or application that gathers and displays content from a variety of sources.

Avatar – an image associated with a social network member’s account.

Blog – Both a verb and a noun: 1) Noun: A website or page upon which an individual or organization publishes regularly scheduled content on a particular topic or theme, and can include articles, photos, and videos, among other things. 2) Verb: The act of adding new material to a blog.

Brand Advocate
A person or customer who talks positively about your brand or product.

Check-In – an action that connects people to  physical locations. People can “check-in” to locations on social networks like Facebook and Foursquare.

Circles – a Google+ feature that allows users to put people together into specified groups. Through this feature, Google+ users have the ability to share updates with specific groups of people in pre-defined “circles.”

Content curation – the process of gathering information related to a topic with the intent of publishing it.

Conversation – The back-and-forth exchange of information between users.

Community – a feature on Google+ that allows members to create niche groups where people with similar interests can interact. Communities can be made public or kept private.

Connection – people who are part of a LinkedIn user’s personal network. Similar to a Facebook “friend” or a Twitter “follower.”

Crowdsource – Using the collective brainpower, enthusiasm, skills and opinions of large numbers of people in an online setting to solve problems, build solutions, and to source ideas and resources.

Engagement – a vague term that describes participation with a brand’s content on social networks. Typically, brands take fan and follower actions such as likes, retweets, shares and comments into consideration when measuring engagement.

Engagement Rate  – A social media metric to describe the number of interactions users have had with a piece of content (i.e. “Liking”, retweeting, commenting etc.)

Fan – a Facebook user who follows a brand or business Page.

Filter – a photographic effect that can be applied to enhance images on social media.

Follower – someone who has chosen to receive your tweets in their Twitter timeline.

Foursquare – a location-based social network that enables users to discover new locations and check-in, share and save places they have visited.

Friend – a Facebook connection between two people.  Both parties must agree to become “friends” before a connection is made.

Google+ – was a social network created by Google where users can share content and connect with other members.

Group – this feature is available on both LinkedIn and Facebook. It enables users to create a niche community where people with similar interests can communicate with each other. Similar to Google+ Communities.

Hangout – It was a feature available on the now defunct Google+ that allows a group of people to have conversations and share content with each other. Users also have the ability to start video hangouts with up to 10 friends.

Handle – the name a Twitter member chooses to represent themselves. To interact with another Twitter member, users must address them with the @ symbol and the person’s handle, such as @nfrance.

Hashtag – an interactive feature that allows social network users to relate a status update to a broader topic. It can be any word starting with #.

Hootsuite – A dashboard that helps you manage all of your social media marketing accounts, from a single place.

Influencer – a brand’s most valuable audience members. Typically, influencers are active in the social community and have the ability to sway the opinions of their followers.

Instagram Direct – a communication method that allows Instagram users to send photos and videos privately to another user.

Like – an action that social network users can take to show their approval of a status update. In addition, Facebook users can “Like” pages in order to receive the Page’s status updates in their newsfeeds.

Listening – Monitoring how a specific company, brand, product, or person is being discussed and/or perceived on the Internet. Also referred to as social media monitoring.

Lurker – A user of a social media site or message board who consumes information readily but does not regularly or actively contribute via posts, conversations or other means.

Meme – a humorous piece of content that is generally recognized by society. Typically, memes are shared by many people and quickly go viral.

Mention – Whenever a Twitter user includes another user’s handle (@username) in their post in order to draw the attention of that person to content and or start a conversation.

Message – a private communication method between two or more users on Facebook.

Microblogging – Refers to blogs that focus on smaller updates. Often facilitated by a social network platform, examples including Twitter and Tumblr. Some focus on video or picture updates, while others restrict posts to a certain number of characters.

Newsfeed – the home page of a social network that is updated with activity updates from a user’s friends or followers.

Newsjacking – The practice of benefiting from the huge popularity of a current news story to amplify your sales and marketing success.

Poke – a Facebook action that allows one user to interact with another user through a virtual “poke.”

Profile – the web page of a social network user that displays any content that the user has shared.

Promoted Content – a way to increase the reach of a profile or a specific piece of content on social networks. Promoted content is paid for and thus an advertisement.

Reach – Reach is a social media metric that tells you how many people have seen your post. It’s an important metric for understanding how large the audience for your content is and measuring brand awareness.

Sentiment – the implied attitude behind user comments. Social media monitoring tools can help brands measure sentiment in order to gauge the overall perception of a company or specific marketing promotions.

Snapchat – a photo messaging mobile app that allows user to take photos or record videos and send them to selected friends. Each piece of content sent has a time limit (1-10 seconds) for viewing. After the content has been viewed it is not able to be seen again unless it is part of a Snapchat Story.

Snapchat Story – Snapchat users can put content into a “story” for 24-hour viewing. Typically, stories are made up of a string of content that creates a narrative.

Social Listening – a tool that enables users to monitor and measure what is being said about a brand on social networks.

Status Update – a piece of content shared by a social network member.

Tag – A link to a user’s profile. Users can be “tagged” in photos or status updates.

Thread – An individual conversational trail within a social media platform, forum or bulletin board, typically beginning with an original post and continuing with comments and conversation attached to that original post.

TikTok – TikTok is the leading destination for short-form mobile video.

Trending – The most popular topics and hashtags on a social media site. These often become clickable links that users can select to view or join the larger conversation.

Troll – A user who is known for purposely posting inflammatory content with the intent of  creating controversy on a social media platform.

Tumblr – a microblogging platform owned by Yahoo. Currently, Tumblr has more than 172 million blogs on its platform.

URL Shortener – a tool that converts a long URL into a shortened version that is easier to share, especially on social networks. Bit.ly is one.

Vine – was a mobile app owned by Twitter that allows users to share short videos that play in a continuous loop.

Viral – a piece of content that is rapidly and organically shared.

Vlogging – Content that uses video as it’s main medium to convey thoughts, updates, and experiences of the user.

Wall – The space on a profile or fan page where users can share posts, photos and links.

Webinar – A live seminar hosted over the internet. Allows interaction between the presenter and the audience.

Wiki – A website combining the ongoing work of many authors, allowing users to modify the content of previous authors.

Word-of-Mouth Marketing – an unpaid form or promotion by a customer on behalf of a brand.